“Well isn’t everything more fun with a crazy bitch!?” flies out of the mouth of Mark the merchant marine, as a drunk couple finally stopped quarreling and left in a cab.

“Why yes it is!” laughed Erica the bartender.

Earlier I had taken a nap to put a break between a long day and a social experiment.  More than the rest, I wanted to look through the lens of not really feeling like going out, but doing it anyway.  Walking in the rain, across the street to the Workers Tavern, washed my face and cleared my head.

The creaking door and wet stained wooden floor greeted me.  I eyed and claimed a stool at the bar.  Moments later a guy (who could be Neil Diamond’s son) sat down next to me and said, “You a fisherman?”

“Oh, I’m a merchant marine.  Anything exciting going on in here?”

As a quarreling couple brought their issues back inside from an herbal smoke break, she plopped down on the vacant stool between me and Mark.

Silently she stared forward while I ignore them.  He moved closer toward me while pounding her with various forms of “Really!”  As suddenly she pushed back from the bar and marched outside, followed by her guy.

In the following silence I sat and watched drops slide off my beer and run into carvings on the bar.  As the words ‘Toys for Tots’ filled I noticed a sign behind the bar, “Those caught carving on the bar will be fined $100 – funds to be donated to Toys for Tots.”

Three guys rushed in like waves and landed on empty stools on the other side of the bar.  The older one seemed to lead, whether by blood or air he acted like their father.  After about an hour of noisy conversation with other locals the muscular one who’d been staring at me walked over and put a heavy hand on my shoulder.

“We’ve gotta stop all of this shit…” and something about “..Paris” was all that I could understand.

Father figure grabbed him and the other guy by the shirt and ushered them toward the backdoor.  He growled at them, “If we can get out of here without a fight – I can go snuggle with my wife.”

Through the evening I made eye contact with a couple of senior locals, a smiling logger and a silent disheveled Santa.  Their eyes reflected a weathered ‘Seen it all before’ look, quietly they sat and sipped.

I enjoyed the experience of another writing workshop “Dive Bars and Dark Stories” on Friday the 13th November 2015.

August 22, 2015 I attended another Writing Workshop taught by Matt Love at the Fort George Brewery in Astoria, Oregon.

This was my second time in the former car dealership showroom turned brewery conference room, sitting amongst some kegs of aging beer and learning more about writing.

From the various prompts, discussion, breaks to walk around Astoria and a strong beer – I ended up with this: 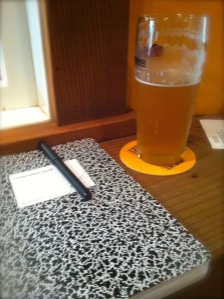 I usually walk with purpose (I have a dog) and out of necessity (my back chronically reminds me) – I do this daily.  Often I simply wish to walk for no reason, to range about.  Today my purpose was to unwind my mind and let my feet range.

When walking I typically try not to think – it is my escape.  I am however easily distracted by people (not today) and architecture (Astoria has plenty worthy of noticing).  While glancing at older buildings (more refreshened since my last visit) and ruins of pilings wobbling in the river, I noticed something new.  Colorful bits of random display, knitted patches of several different people’s artwork twisted, wrapped and tied around posts, benches and a gate.  Public displays of an orchestrated effort to grab attention and brighten the day for those who notice.

Today my mind was bombed by yarn. 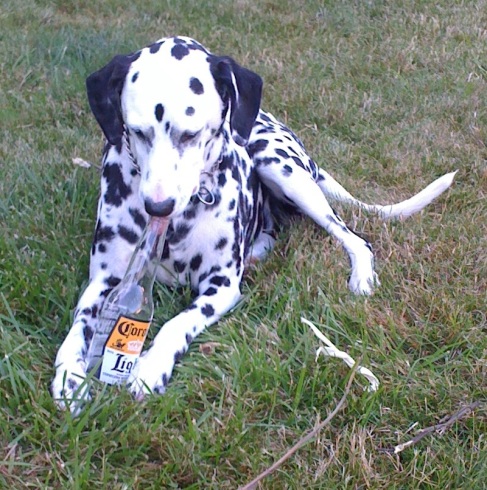 Sarrah had a taste for beer.  And like me she enjoyed a vast variety, from the economic light “diet” kind to the thick, dark, rich tasty range.  She did however show a noticeable preference for the Mexican brews, especially Corona.  When Corona was on hand, she was relentless.  Patience for ‘a taste’ was out the window, she wanted some and now!  Sarrah was not above thievery, if a beer went unattended, it was hers. 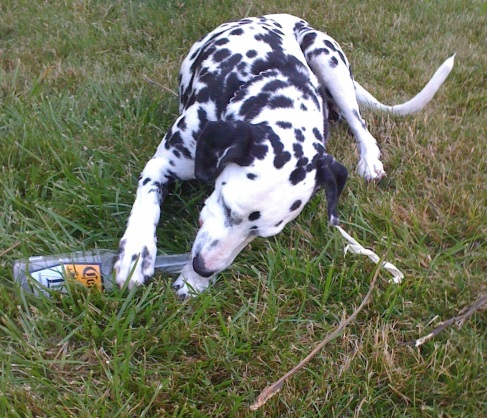 Follow Can Bryan Write? on WordPress.com
Join 315 other subscribers