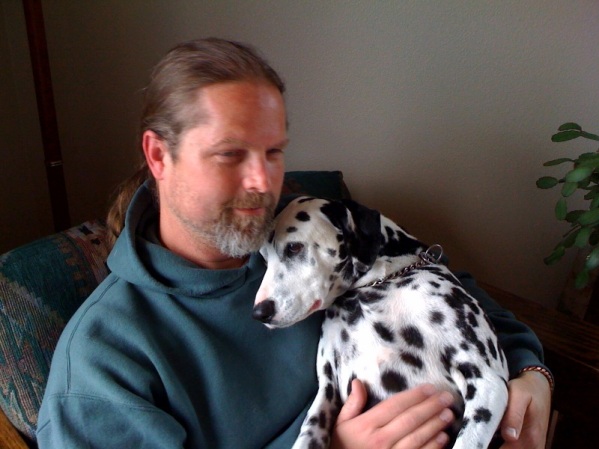 I had heard of memorial tattoos in the past, typically those emblazoned with names and dates.  More recently with the evolution of the art form, portrait types have become popular.  I had even heard something about a more extreme commitment, using a little cremation ashes in the ink.

I have collected a few tattoos over the years, prior to their current popularity.  They are mostly personalized designs; with no special meaning attached other than being decades’ old souvenirs of simpler times.  So the idea and realities of inked skin was not new to me.  I pondered the idea, with my twist.  The thought of replicating some of Sarrah’s favored spots around what I already had, seemed appealing to me.

I went to a tattoo convention January Twenty Second, Two Thousand Eleven, in Marysville.  This in itself was an interesting and distracting new experience that I found to be mostly tailored to the kind of artwork that I already had.  Out of all of the colorful artists I found a few potentials and let my mind work further.  If I decided to have this done, I wanted the right vibe to be part of the experience, in some kind of appropriate atmosphere, where the intent of meaning could be felt.  I did some internet surfing of these possibilities, viewed more of their artworks and refined my search.

I visited the Hidden Hand tattoo parlor in the unique neighborhood of Fremont, tucked under a building; interestingly just down the street from where Sarrah had gone for acupuncture and ultimately her last trip.  I met with the artist Roni, who combined with the atmosphere and locale, seemed right.  I gave her artistic freedom with photos of Sarrah and tracings of my foot.  My initial reaction to her emailed design was, “Wow, that’s bigger than I had envisioned” but I kept it to myself to live with the idea.  And like Sarrah, the artwork quickly grew on me.  I decided that a design to honor my best friend, deserved Big.

The unedited work of art with some of Sarrah’s ashes in the black ink was done June Seventeenth, Two Thousand Eleven; on what would have been her 13th birthday.  Now, she can walk with me… for the rest of my journey.

I am not promoting tattoo’s in any way (I actually liked them more before the herds gravitated), but to my un-expecting open mindset, I did feel some relief in the pain of it.  The artwork healed nicely and serves me with a little visual solace, which most likely only I understand, making it better. 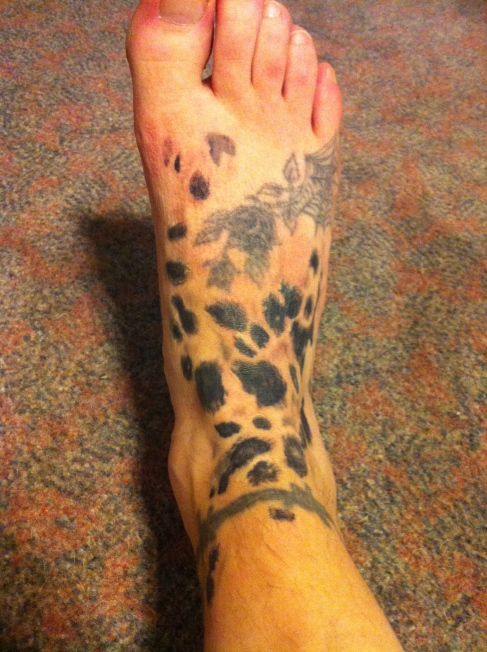 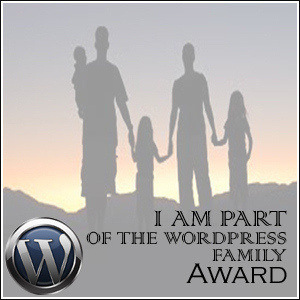 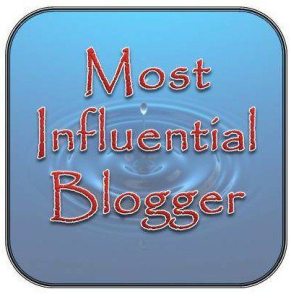